Certification of Appreciation
This Certification proves that KERSTIN HAU has tremendously supported Moomin TV Series in its early stages of production. People like you mean the world to us as with your help the Moomin TV Series is now able to be visually developed. We want to thank you from the bottom of our heart for having such strong faith in us.

The Crowdfunding Campaign for raise funds towards the Visual Development of the Moomin TV Series took place in March-April 2017 on Indiegogo. 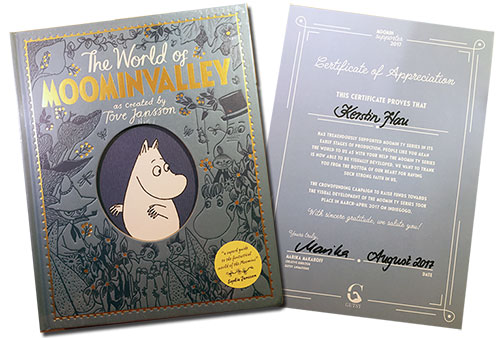 With sincere gratitude, we salute you!